In a possible future, humans are scattered across a harsh world overrun by deadly storms. Fighting for control over the few idyllic havens, you must prove yourself as an effective tactician who can use limited resources to destroy your opponents. Choose your small fleet of specialized starships carefully and make creative use of truly three-dimensional strategies to achieve victory. Will your fleet become the dreaded Fire Fleet?

Pre-alpha, we're nowhere near done, but give the game a try!

StarLark, Hybrid corvette that pulls around units and shoots down enemy swarms
Ability 1: Gravity Chain - Attaches to the target, pulling it wherever this unit goes.

Redcoat, Hybrid cruiser which carries fighter swarms into combat
Ability 1: Launch Fighters - Deploys new fighters and moves them to the target. Limited uses.
Ability 2: Move Fighters - Fighters will follow the target, either protecting or attacking it.

The zip contains a Data folder, a .exe, and a .bat. If you want to play in windowed mode, the .bat file can run the .exe in a borderless window (this is highly recommended).

Ctrl+A to select all units

Q to use Ability 1

E to use Ability 2

WASD, arrow keys, or move cursor to edge of screen to pan camera

This game looks really fun even for me some one who doesn't like strategy games, I can't wait to play the finished game!

Reply
The GDWC2 years ago

The ida of a truly 3D real-time strategy sounds pretty great. But it's still in early stage, so it'll be seen how it can be handled in reality. I liked the ship models, they look pretty neat. If you're interested, I think this game would have enough promise to do well in our annual Game Development World Championship! 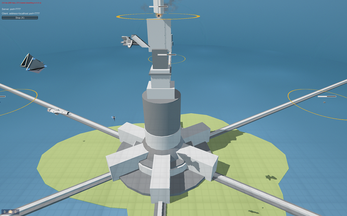 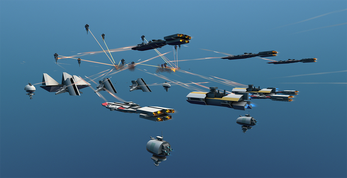